A doughnut-shaped seal that is primarily used to stop liquids and air from escaping or getting into specific spaces is the function and role of an O Ring.  Also known as a mechanical gasket, O rings are designed to fit between a groove and a compression during the...
Read More

Fluctuations in temperature and indeed heat is a significant factor across many applications that make use of o rings.  However, what is well known is how destructive heat can be when it comes to compound deterioration.  You are making choosing the ideal o ring...
Read More

How to restore your damaged rubber seals

Under the right circumstances and having the right tools to hand, you can restore rubber gasket seals and have them working as good as new in no time.  Rubber gasket seals provide a seal between two separate mechanisms, providing airtight seals to keep liquids and...
Read More

The importance of backup rings to O rings

Backup rings are ultimately used to help stop o ring migration, and they achieve this in both static and dynamic fluid power applications as the pressure cycles occur, preventing the extrusion of an o ring in the gap.  Ultimately a backup ring is a rigid ring that...
Read More

Specialist Sealing Products have been providing high-quality gaskets to customers throughout the UK for many years. We pride ourselves in the range of gaskets we have available, suitable for a variety of applications across a range of industries.  Rubber gaskets are...
Read More

Designing seals for the food industry

There’s a number of factors to take into consideration when designing seals for the food industry. That’s because seals used within this sector need to work exceptionally hard in all food processing environments where hygiene and health and safety are of the utmost...
Read More

A strange headline for a gasket article, we know.  However, it’s an important area and one, which in this sector is often overlooked.  When we think about most products or items in and around our homes and business, we will recognise that most come with manufacturing...
Read More

Flange Gasket materials – What you need to know

Getting the most out of flange gasket materials and ensuring the performance of the gasket is not affected when you come to use it, means several things must be taken into consideration.  For example, factors such as their design, how they’re manufactured, installed,...
Read More

Gaskets come in a range of different shapes and sizes.  All are offering similar functionality; gaskets are produced using a range of different materials to suit a range and a variety of environmental factors, industrial uses, and product requirements.  When it comes...
Read More

Used to prevent leakage, gaskets are constructed to fit between a range of different sizes and types of surfaces in order to provide the perfect seal.  Typically used in pipes and heat exchangers, gaskets are widely used as industrial sealants.  Kammprofile gaskets,...
Read More 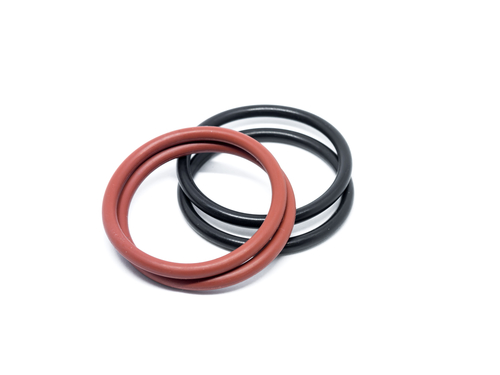 O-ring failure can have expensive and severe consequences. If you want to ensure optimal performance of your design under all possible circumstance, it is important that you acquaint yourself with the most common reasons for O-ring failure.

Abrasion is an O-ring failure that is common in dynamic applications. This is due to repetitive contact and, ultimately, friction between the O-ring surface and housing groove. There are mainly two reasons for abrasion, namely insufficient lubrication and an improper surface finish. Abrasion can be detected by looking at the sliding contact faces of the O-ring. If it has a grazed surface, you may be running the risk of abrasion.

When the O-ring’s elastomer allows ingress of chemical media, the O-ring can swell and lose it’s sealing ability. It can also lose its tensile strength. Like chemical attack, this failure is due to lacking compatibility with the chemical media. Monitor the size of the O-ring and compare its current size to its original size to determine if there is chemical swelling.

O-rings that are damaged to careless of improper installation can result in failure. Incorrect sizing, cuts on the surface of the elastomer, dirt, or twisted O-ring, can result in lacking sealing ability. Installation damage can be caused in many different ways, and it can also happen if the O-ring is the correct size for the design.

There is not one solution for common O-ring failures. Failure may be due to many different circumstances and conditions. There are, however, overlapping causes of O-ring shortcomings that one should take note of.

The O-ring’s ability to cope with extreme temperatures is also important to prevent a number of common O-ring failures. If the sealing properties of an O-ring’s elastomer changes under different temperatures are can also lead to failure. This is especially important when it comes to aircraft or vehicles that travel or flies in extreme circumstances.

What are Ring Type Joints? 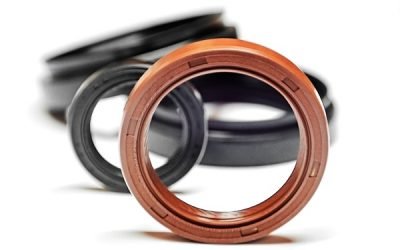 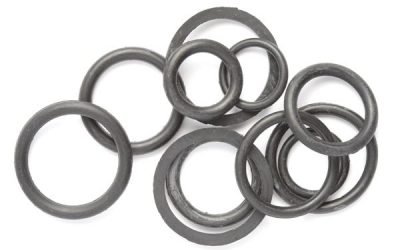 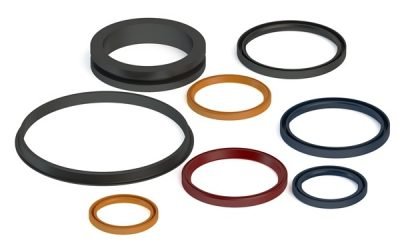 How to restore your damaged rubber seals